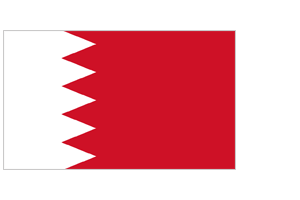 How the Ministry of Municipalities Affairs and Urban Planning of the Kingdom of Bahrain has successfully managed over 60,000 environmental service calls with the Performance Manager software system from Integrated Skills Ltd.

Beset by perennial problems such as a lack of ‘on the ground’ information, poor accountability and no forward visibility the Ministry decided in 2009 to procure a software system to assist in the management of environmental service contracts. After an initial scoping and requirements gathering stage, a proposal from Integrated Skills Ltd was accepted to develop and implement a centralized yet integrated command & control management system with dedicated database, information reporting, supervision and monitoring functionality for all environmental services.

According to Bob Doig, Waste Management Advisor to the Ministry of Municipalities Affairs and Urban Planning “The Performance Manager system from Integrated Skills Ltd ensures that over 1,000 service requests per month are successfully managed and completed with full monitoring and traceability.” Performance Manager, which is a realtime web-based solution, enables the efficient daily delivery of waste & environmental services via contractors. Since go-live in 2010 the system has processed over 60,000 service calls.

Bob Doig notes that prior to the introduction of Performance Manager there was no effective reporting procedures during previous contracts and therefore poor accountability and oversight. The core objectives of the Performance Manager system were to “effect control over the management of the contract – which was completely missing from the previous contracts – to provide a methodology that was simple for operators to use quickly and easily producing reports and to verify faults and rectification works in the event of any legal dispute or court action. Thanks to Integrated Skills and their Performance Manager system every key objective has been met.”

Regarding efficiency savings Bob Doig highlighted that “There has been significant savings in service times thanks to Performance Manager: Response times have been dramatically improved; the system’s ability to capture and send photos reciprocally has reduced time spent on individual incidents; also, as the system is constructed around the terms and obligations of the contracts, it has effectively been a tool to clarify any matters that are and are not in the contracts or the contractors obligations. The main improvements are due to real-time communication for all users throughout the whole process as well as transparency and accountability”.

The Performance Manager system coordinates all environmental service activities between Bahrain’s five municipalities and two contractors. Both contractors operate in excess of 90 refuse compactor vehicles, plus additional mechanical shovels, smaller open lorries and mechanical sweepers from 3 depots in all. Over 2,500 labourers and 300 drivers are employed.

Contract service requests/jobs such as waste clearance, street sweeping, litter clearance, abandoned vehicle removal, septic waste collection, etc are logged, monitored, escalated and completed all within the Performance Manager system. The system enables crews on the ground to process service requests from in-cab and handheld devices. At any time supervisors and managers can view current activity – recently logged, in progress, completed, outstanding – as well as historical activity. The system is implemented replete with a full set of management reports.

When asked if the system delivered had the desired outcomes originally specified Bob said: “The system has delivered exactly what was originally foreseen, but is still being further developed to include other concepts: The proposed integration of the weighbridge data and vehicle tracking system will provide a system that was not at first foreseen.”

The user interface can be presented in more than one language. In Bahrain the system is predominantly in English but Arabic notes and text can be added. In the future it will be in both English and Arabic.

Bob Doig concludes by saying that “The service provided by ISL has been excellent. The team is always on line with answers to any problems. There have only been minimal problems once the system was fully integrated, and any issues were always resolved within a very short time. I have always found Integrated Skills to be professional, knowledgeable and responsive to local conditions and sensitivities” and he has “… no hesitation in recommending Integrated Skills Ltd as a competent and capable consultancy in the field of waste management application delivery and support”.

The Government of Guernsey was the first ever user of Performance Manager managing and controlling contract services such as street cleansing, gully emptying, septic tank emptying and sewer maintenance. It effectively provided the Client and the Contractor(s) with shared access to detailed data and information about the on-going delivery and performance of services. The functionality software has been extended 10 fold since then to incorporate the requirements of the Ministry of Municipalities Affairs and Urban Planning of the Kingdom of Bahrain.

The main objective of implementing such a system is to ensure that:

Bahrain is an island country situated near the western shores of the Persian Gulf. It is an archipelago with Bahrain Island the largest land mass at 55 km (34 mi) long by 18 km (11 mi) wide. The population in 2010 stood at 1,234,571, including 666,172 non-nationals. As of 2012, Bahrain had a high Human Development Index (ranked 48th in the world) and was recognised by the World Bank as a high income economy. Its largest city and capital is Manama.

The Ministry of Municipalities Affairs and Urban Planning is responsible for formulating strategy to meet the needs of the community and also to provide numerous environmental services such as waste & recycling collection, street cleaning, abandoned car disposal, etc. These services are carried out by third party service providers under contract. An important part of the Ministry’s remit is to ensure that these contracts are serviced to the highest standards, on time and to budget.

Would you like to know more about this Case Study? Fill in your details below and let us know how we can help.