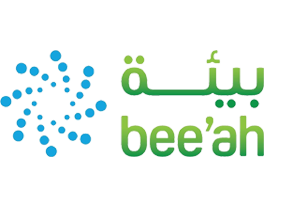 Abu Dhabi is the capital of the United Arab Emirates (UAE), and the second most populace after Dubai with a population of 1.5M (2014). The city of Abu Dhabi is located on the north eastern part of the Persian Gulf in the Arabian Peninsula. It is on an island less than 250 metres from the mainland.

ISL (www.integrated-skills.com) has worked closely with leading regional waste management contractor, Bee’ah (www.beeah.ae) to develop optimised routes for a new contract for waste collection and street sweeping services in Abu Dhabi. Bee’ah, which is the awardwinning environmental management company in the UAE, contracted ISL to carry out comprehensive route optimisation as part of its contract mobilisation.

According to Matt Polson, ISL’s International Projects Director, “This project represents another significant step for ISL as it builds its client base in the region”. He continues, “Starting in Bahrain over 7 years ago, ISL now has software and software consultancy clients operating in the Lebanon, UAE, Oman and Palestine, and we are working with prospects in Kuwait and Qatar.” The contract for the software solution in Bahrain has been extended, he added.

ISL has produced a number of GIS software solutions to compliment RouteSmart for ArcGIS including a job/asset/contract management system called Performance Manager, a specialised in-cab device for navigation along optimised routes named Navigator as well as a range of smartphone apps.

Bee’ah is an integrated environment and waste management company, founded in 2007 and headquartered in the Emirate of Sharjah. Bee’ah touches and transforms thoughts, attitudes and behaviours in individuals, communities and businesses enabling them to lead positive sustainable growth by providing the infrastructure, tools, facilities and initiatives to turn waste materials into resources (www.beeah.ae).

Would you like to know more about this Case Study? Fill in your details below and let us know how we can help.