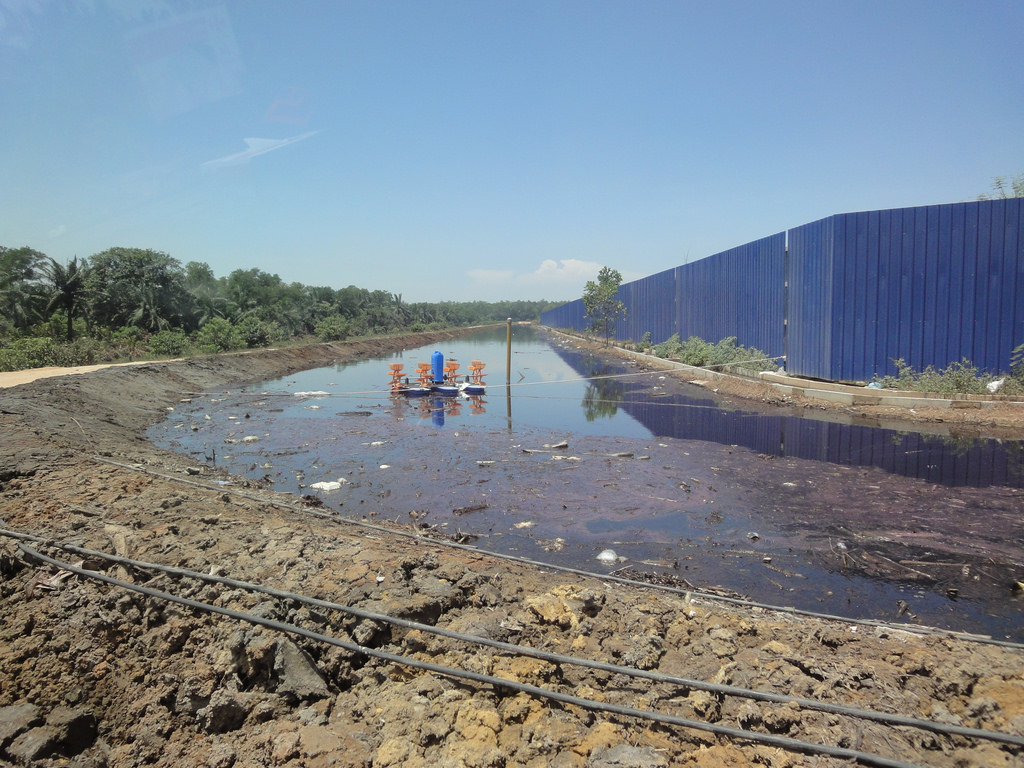 Eventually, every landfill operation needs to make the decision between treating their leachate on-site and paying to have excess leachate hauled away. Treating leachate on-site can be very costly, but worth it if a site can sustain the volume of leachate being treated for long enough to cover on-site treatment costs.
Landfills with an erratic or insufficient amount of leachate to make on-site treatment cost-effective may do well to choose the tankerage option. Indeed, the difference between treating landfill on-site and hauling it away can be in the hundreds of thousands of pounds, depending on the size of a site.
The best way to know whether on or off-site treatment is best is to formulate a system for finding out how much leachate a site produces. The formulation of any system will involve finding out how fast the leachate is flowing out of the landfill, and for how long. However, in order to get these numbers, accurate data must be obtained.
Rainfall Events and Effect on Waste

A study carried out by two leachate scientists, Philip J. Shaw and Keith Knox was presented at a 2006 waste conference, and it yielded some very interesting results. This information was published in order for site owners and operators to get more information about the behaviour of landfills following rainfall events of varying intensities.
Gravel Drainage

The study revealed that a landfilled MSW with a gravel drainage layer at the base of the cell was able to continue its drainage activity unaffected by rainfall events for more than 5 years. In fact, without this layer, it was found that the landfill was unable to drain all leachate from the site.
Time for Rainfall to Reach Waste Base

The study also revealed the lag between a 20 to 50mm rainfall event and the time taken to reach the base of the waste was about 12 hours per 2 metres of MSW, with time increasing to two days when 5 metres of waste was present. Interestingly, when waste depth increased to around 9 metres, drainage slowed due to the fact that the waste was no longer able to absorb leachate.
However, waste drawdown due to episodes of leachate abstraction allowed for estimations to be made about the drainable porosity of the waste. It was found that fresh MSW at one year of age that was up to 25m deep would possess an average drainable porosity of approximately 4.6% v/v.
Another finding was that the mobility of water rapidly declines when mixed MSW and leachate are left to stand. This could be due to the reduced permeability of waste due to greater force of compression at depth.
Continued Drainage

Another interesting part of the study concluded that leachate would continue to drain down from waste well after the abstraction of rapidly drainable flow from the sump. This downward drainage continued to a depth of 2.1 metres for a minimum of 48 days. This resulted in the discovery of ultimate drainable porosity, which encompasses a site’s overall ability to drain leachate continuously.
Another discovery and vital piece of information for those who design leachate management systems was that the strength of the leachate was found to increase when the rapidly drainable porosity of a site was in decline.
Indeed, there is much to be learned about the way landfills respond to rainfall and create leachate; far more than this article can provide. Taking the time to review the aforementioned study, as well as speaking with experts regarding optimal landfill design are two of the best ways to get the information needed to know how much leachate your site is producing and decide on the best means of treatment and disposal.
www.ukisl.com

Would you like to know more about Achieving Accurate Leachate Yield Forecasts? Fill in your details below and let us know how we can help.